Did you know that electrical interruptions such as power failures and power surges can extensively damage your computer, and all of the data that is stored on it? Many people think that a power failure will only cause their computers to turn off, and that they will restart with no harm done. This can be true on occasion; but there are several consequences that may occur when exposing your computer to this potentially dangerous situation, especially if it is a frequent occurrence. Using a battery backup system (UPS systems) will help you to shut down your computer safely during a power outage, and they also offer one additional benefit: surge protection.

What Danger Is My Computer Susceptible To Without A UPS System?

One of the most common dangers of leaving your computer unprotected from a power failure or power surge is extensive data loss. While it is common sense that you will lose any documents that were being worked on when the computer turns off, it is possible for you to lose many other documents. Power failures are known to cause extensive file loss on unprotected computers, and many times you cannot recover this data. It is possible for your entire hard drive to be wiped clean as well. In addition to file loss, your computer’s system files could become corrupt; causing the system to malfunction and perform poorly in the future. Power surges pose their own risks, which can sometimes be much worse than those of power failure. Power surges can actually destroy the hardware within the computer. This can include your hard drive, circuit boards, mother board, and much more. Power surges can be very serious, and can result in a destroyed computer that may be deemed useless.

How Does A UPS System Help Me To Prevent Damage To My Computer, and Shut It Down Safely?

Now that you are aware of the potential consequences of an unprotected computer, you need to know how a UPS device helps to prevent this damage. A UPS battery plugs into your electrical outlet; the electricity feeds into the system, charging the battery. Your devices are plugged into the UPS system, and they are powered while the battery charges simultaneously. In the event of a power outage, the UPS system immediately switches to the battery; it results in absolutely no electrical interruption, allowing your computer to continue running. This way, you can save your work and shut the computer down safely in the event that you lose power. You can also finish your work before shutting the computer down. Many UPS systems come with installation CD’s that sync the UPS system to your computer, with the help of a USP cable. Should the power go out and you are not home, it can immediately signal the computer to save all work and shut down safely.

The UPS also prevents power surges from reaching your delicate electronics at the same time. It acts as a barrier, and allows only the necessary electricity to flow through. Surge protectors are widely available and used, but the UPS system can provide both services to your computer and other devices. 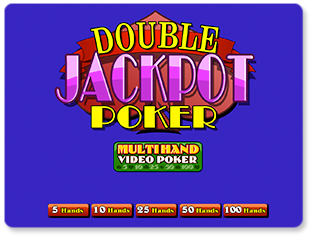 Where the IoT Is Going: A Cybersecurity Perspective

Best iPhone Apps to Use While Traveling
What is Contact Centre Technology?