Following the release (and incredible success) of the Netflix Witcher series, The Witcher 3: Wild Hunt has been enjoying a resurgence in popularity. Shortly after the series’ debut, the game set a new record for ‘most concurrent players,’ suggesting that not only were many gamers inspired to return to the 2016 title, but many more new fans were picking it up. Now, CD Projekt Red is holding a new Witcher Steam sale with discounts across the entire franchise.

The Latest Witcher 3 Discounts On Steam

This latest Witcher Franchise sale is currently available on Steam, at least for the time being. Discounts are available on The Witcher 3: Wild Hunt – Game of the Year Edition, as well as its two major DLC expansions, not to mention all of the other games in the franchise. If you’ve not played The Witcher 3 before, (or indeed, any of the other Witcher games) then now is certainly a great time to do so.

First up in the Witcher Steam sale is The Witcher 3 itself. The Game of the Year Edition is currently available for 70% off, a significant discount. Indeed, this is a larger discount than CD Projekt Red has typically offered in previous sales, and given the recent resurgence in interest, is also more than might be expected. As such, if you haven’t played the critically-acclaimed RPG, now would certainly be a good time to pick it up. Indeed, if you’re getting into the game for the first time, it’s worth reading up a little on things like the best Witcher 3 armor sets before you get started.

If you want to get either of the game’s expansions, both Hearts of Stone and Blood and Wine are also available in the sale. They are both available to buy for 60% off. In fact, you can get the game’s Expansion Pass for 60% off too; a cheaper alternative to getting both expansions if you don’t have either of them yet. If you want to try any of the other titles in CD Projekt Red’s Witcher series, then you’re in luck.

Both The Witcher 2: Assassins of Kings and The Witcher: Enhanced Edition Director’s Cut are available for 85% off in the sale. This means that both games are available for extremely low prices. If you’re in the UK, for example, you can currently pick these games up for just £2.24 and £1.04, respectively. The Witcher Adventure Game, a smaller release in the franchise, is also 85% off at present. Finally, there’s the most recent Witcher release from CD Projekt Red – Thronebreaker: The Witcher Tales. This Gwent spin-off RPG which launched last year is currently available for 50% off.

How To Play The PUBG Game Outside Of Allowed Countries

Your Favourite Transformers Now In VR

How to Gamble Safely Online

The Impressive Growth of Competitive Gaming
Play Branded Slot Games Based on Your Favourite Movies and TV Shows With £10 Free! 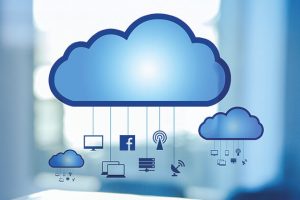